In the 1970's, Evy Meara, a 40 something year old nightclub singer, and a recovering alcoholic, is welcomed home from rehab by her loyal friends and teenage daughter. Evy's rehab was precipitated by a disastrous relationship with a guitar player ten years her junior. Evy's closest male friend is Jimmy Perry, a forty-year-old gay actor who is still waiting for his big break. Her best girlfriend is Toby, an ageing glamour queen who can't seem to hang onto her husband. And Evy's ex-boyfriend is a thoughtless freeloader who tries to weasel his way back into her affections when he is dumped by his latest 18 year old conquest. The only relatively well-adjusted person in this play is Evy's sweet and loving daughter, Polly.
Neil Simon is the master of the one line gag and the first act of "The Gingerbread Lady" is rife with them. We never consciously notice the clever character development because we're always laughing too hard. Simon has crafted a play full of the most lovable losers you'll ever want to meet. The second act, however, takes a more serious turn as Simon explores the real problems associated with Evy's alcoholism. As we soon see, living with a drinker is not all fun and games -- not for her family and friends, nor for herself.
When Elaine Stritch first read this play she swore that Simon had written it about her. In fact, a handful of notoriously colourful actresses have all claimed that this play was modelled on their not so "model" lives.
Not unlike the ginger snap, this is a sweet little play with a bit of a bite to it !
"He has combined an amusing comedy with the atmosphere of great sadness. His characteristic wit and humour are at their brilliant best, and his serious story of lost misfits can often be genuinely and deeply touching"~ N.Y. Post
"Mr. Simon's play is as funny as ever the customary avalanche of hilarity, and landslide of pure unbuttoned joy"~ N.Y. Times 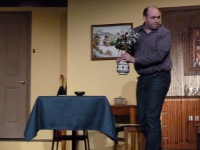 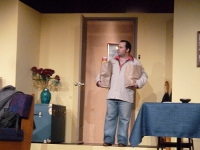 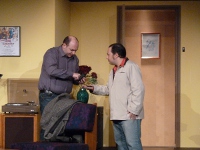 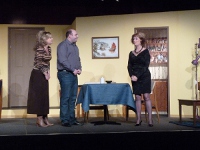 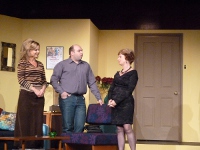 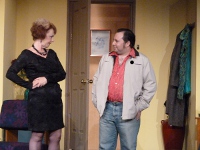 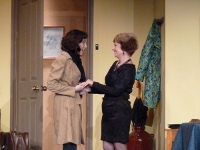 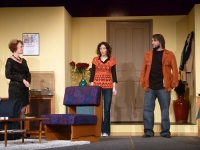 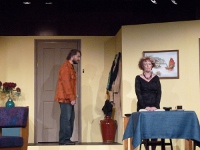 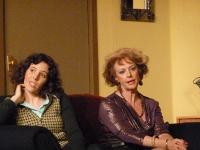 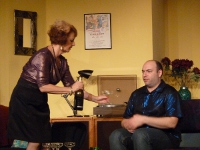 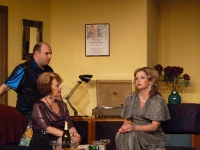 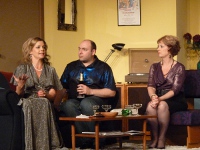 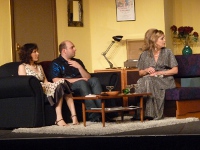 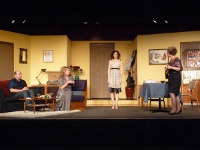 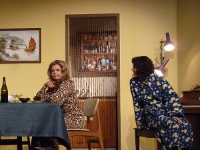 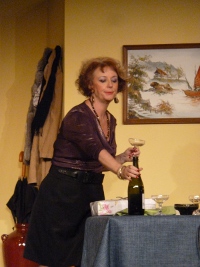 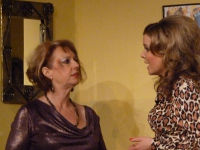 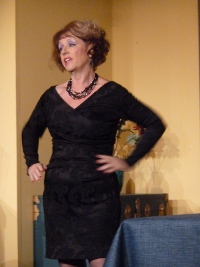 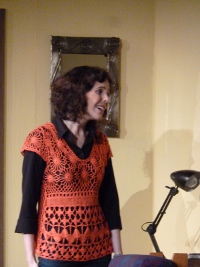 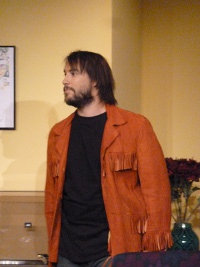 Have you ever made gingerbread? It takes a long time. A really long time. (That's a metaphor!)
The Gingerbread Lady is a show about a group of has-beens and never-weres trying to rise above the gin-soaked cesspool of their lives.
Aldo Longobardi skirts the fine line between hilarious and hilariously offensive with his flamosexual failed actor Jimmy. He's the best character in the show. His foil is straitlaced Toby, the perfect wife, played excellently by Rachel Burfield.
Joanne St Claire is competent as Evy, the eponym - a failed club singer back from rehab (huge twist: she falls off the wagon). Carla Hardie, as her daughter, gives a nice grounding performance throughout the production. The two lack any kind of chemistry, but that sort of works, in a bit of unintentional serendipity ("hey, I'm the daughter you never really saw through the drunken haze of the last two decades, let's build a relationship").
Ben Todd (as a Latino delivery boy) and Luke Budgen (as a worthless ex-boyfriend) have accents that go on a world tour, which is funny for all the wrong reasons. They do quite well with their parts otherwise and eke a few yuks.
Technically, the show is simple. Box set, old furniture; simple lighting; audible sound.
Direction, by Andrew Clark, is mixed bag. Some scenes are good; others, not so good. Pacing suffers the same symptoms: some scenes buzz along, while others just g e t b o g g e d.
On that note, back to the metaphor. It's not very deep; the show is long. This is partly Neil Simon's fault; the show could really have ended at any point in the second act with the same outcome, but Simon keeps it in an interminable holding pattern. When you spend the last half hour thinking "JUST END"' it's not really Pulitzer-winning stuff.
Reviewed by Aaron MacDonald

Neil Simon's "The Gingerbread Lady" takes quite a while to get started, and doesn't really begin to make its point until well into the second act. Former singer Evy returns home after 10 weeks of rehabilitation from an alcohol addiction. With the support of her friends, Evy Attempts to overcome her daughter moving home, her ex-boyfriend trying to beg his way back into her life and a birthday party where 'off the wagon' gets redefined. But Evy's greatest strength will be her biggest weakness; her friends lives are just as messed up as hers and staying on track might be harder than she expected.
Director Andrew Clark has given this production plenty of pace which really helps the relatively mundane situations keep move along. Aldo Longobardi gives loads of energy to the highly camp wanna-be star Jimmy. Longobardi's characterisation is solid and his accent consistent and strong. Joanne St-Claire is formidable as Evy; when left alone on stage Sinclair didn't struggle to fill it. Rachel Burfield as Toby is prissy and poised at every moment, even in the face of her own divorce. As a former beauty queen coming to terms with age Burfield is wonderfully desperate. Luke Budgen as Lou spoke a little quickly in the first act and was occasionally difficult to understand, but was believable as Evy's former lover and Carla Hardie as Polly was the perfect daughter. Hardie had great elocution and a great control over stillness (which was a wonderful contrast to a lot of pacing and running about by many other characters). Ben Todd as the delivery boy Manuel added a nice touch of comedy to the cameo role.
A traditional box set by a huge team of volunteers (no designer credited) was functional, albeit a little ghastly, decorated in the least attractive combination of late 70s, 80s and early 90s miss-matched furniture.
The show hit is straps during the turbulent birthday party in the second act. Everything before and after it, despite great work from the cast, I found difficult to really get into. With enough comings and goings to constitute a farce, but whilst still trying to tackle some pretty major issues, this play felt like it had a bit of an identity crisis, which just didn't work for me. This is a solid production, with a talented cast - but Neil Simon's early foray into combining comedy with serious dramatic subject matter is a writing failure for me.
Reviewed by Paul Rodda May 2012 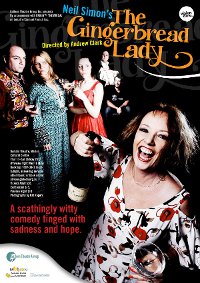 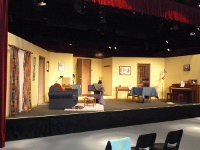 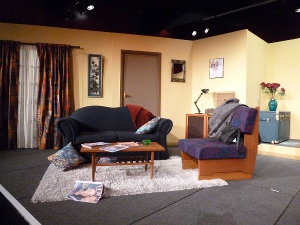 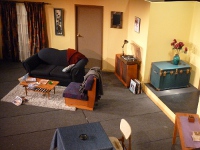