Chapter Two is one of the Neil Simon's finest comedies and is widely perceived to be an autobiographical revelation of his own coming to terms with the death of his first wife, followed by his love affair and subsequent marriage to actress Marsha Mason. This very funny but poignant play is based around four brilliantly penned characters - George Schneider, a mourning writer; Jenny Malone, a level-headed actress; Leo, George's garrulous but loving brother; and Faye, Jenny's utterly clueless but enchanting friend.

George has not "moved-on" from the untimely demise of his wife despite Leo's best efforts to hook him up with other women. But he meets Jenny who's just walked out of a terrible marriage to a football player, and in a very short space of time they're in love, married and honeymooning Hawaii. But George's memories catch up with him and he soon finds himself trapped between the past and the present, and the new relationship starts to crumble. How does he reconcile his past and move forward with Jenny - a sentimental woman with a strong head on her shoulders? Do they give up or work things out?

Although it seems like a heavy subject to deal with, Simon's wonderful narrative and witty and humorous dialogue makes Chapter Two an immensely likeable piece. In George and Jenny, he shows us complexity and simplicity in human forms. In Leo and Faye, he presents us with two of the most confused yet adorable characters right out of a daily soap that we connect with right from the word go. All four make us think as much as they make us laugh. 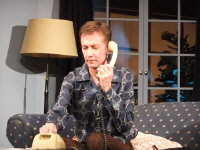 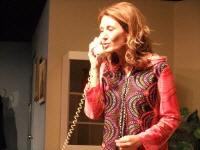 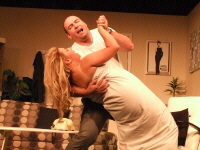 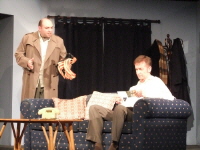 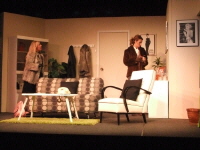 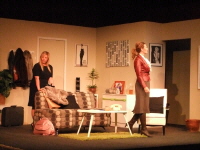 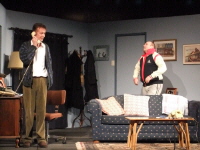 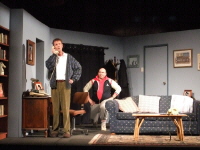 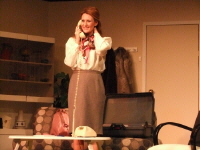 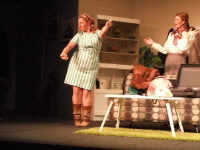 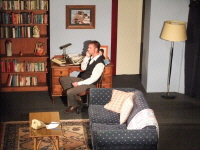 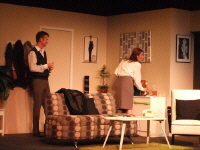 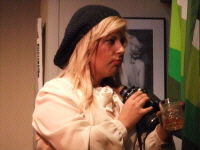 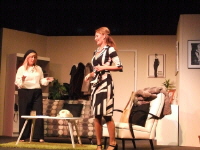 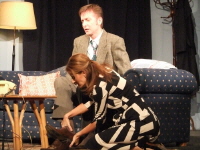 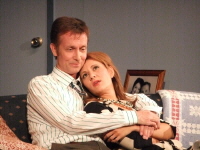 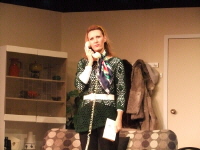 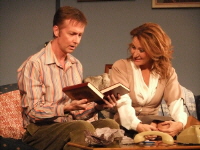 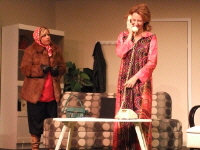 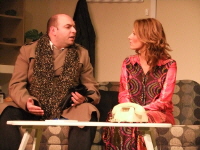 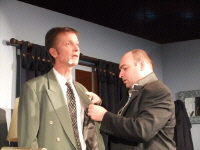 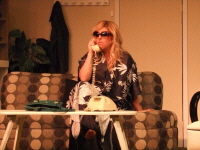 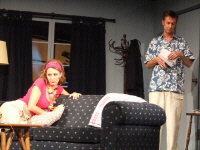 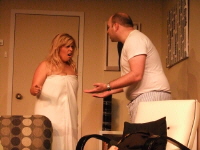 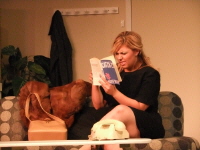 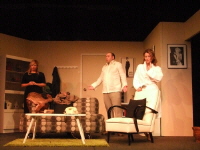 This is a later Neil Simon play written to explore Simon's complex feelings when he lost his wife of twenty years to cancer. It is as witty and well balanced as his earlier plays but demonstrates more emotional depth.
On a beautifully executed Steve Kelly set, the director, Kym Clayton, gives his characters room to explore this complex plot, but manages to keep the light feel that Simon intended. The tight direction means that nothing is wasted and everything is revealed as, and when, it should be.
Andrew Clark, as George, is a bundle of emotions, dealing with loss and trying to move on. Clark never overplays and is entirely convincing as the conflicted character who feels disloyal when he falls in love again.
His new love interest, Jennie, is delightfully played by Sharon Pitardi. Just out of a relationship and 'over men'. Pitardi gives the role understanding without making her soft. Very well handled.
Aldo Longobardi commands the stage as George's larger than life best friend trying to help him 'move on'. Longobardi is the perfect foil to Lana Adamuszek as Jennie's best friend, Faye. Both are big characters who could have been overdone and drawn focus from the main, but the whole stays balanced and they are both very funny.
The lighting plot allows for scene changes without a curtain and enhances the flow of the production, Ray Trowbridge is on the ball. The entire production is slick and very 'New York', another well rounded Galleon presentation.
Reviewed by Fran Edwards Rating: 4 stars (out of 5)

Neil Simon's poignant comedy is well released under the deft hand of director Kym Clayton.
The story centres around widower George Schneider, now entering 'chapter two' of his life and struggling to accept happiness again after the loss of his wife of 12 years. Parallel to his struggles is the story of recently divorced Jennie, happy to be free and surprised to find herself in love again so quickly. As the couple struggle to accept love in their life, their best friends struggle to find solace outside of their unhappy marriages.
The ensemble of four are all stellar, with Andrew Clark taking the lead as angst-ridden George. He finds a comfortable balance between George's inner struggle and his external wit. As George's brother, Aldo Longobardi handles a powerfully emotional monologue extremely well, providing a nice contrast to his otherwise jovial character.
Sharon Pitardi is Jennie, the most practical of the lot and a loyal friend and partner despite all difficulties. Pitardi brings depth, warmth and humour to what could easily become a one-dimensional character. Playing soap star Faye, the delightful Lana Adamuszek is fun to watch, bringing a fair amount of sass to the stage.
Each of the actors handle their American accents very well.
The nicely furnished, angular set design by Steve Kelly depicts two New York apartments and, aside from a dead spot in the centre of the stage between the apartments, Ray Trowbridge's basic lighting design is practical and effective.
A sweet story of love and loss, told with Neil Simon's usual flair for comedy.
Reviewed by Rod Lewis, Performing Arts Critic

Rip It Up Review

All prospective "matchmakers" should definitely see this play before attempting to "fix up" the love lives of family members or friends!
The skilled actors in this play by Neil Simon gave a first rate performance, taking the audience on a sentimental journey through a range of emotions as the main characters - Jenny and George - two lonely people who struggle to overcome their difficult pasts in order to create a future life together. And, given the content of this play, it had the potential to be too dark and depressing but I actually found it to be both funny and witty as Jenny's friend - Faye and Georges' brother - Leo attempted to create "happy ever after" scenarios for the both of them; resulting in disaster.
Final word: Entertaining
Reviewed by Graham Dunn

Neil Simon's "Chapter Two" is not typical Simon's fare as it delves into the emotional heartland of relationships.
The familiar lightning fast one-liners are still present, but this chapter of Simon's career has produced a play where the one- liners often carry the sting of painful relationship reality just as much as the uplifting wit to which Simon's fans are accustomed.
Galleon has produced an absorbing production with Director Kym Clayton ensuring that the pace is fast on a top-notch set designed by Steve Kelly.
Sharon Pitardi shines as Jennie, who has recently dissolved her marriage of six-years. Pitardi ably portrays a self-contained woman who is hurting and coming to terms with the end of her marriage as well as the joys of moving forward.
Andrew Clark also gives a strong and moving performance as recently widowed George Schneider.
Initially resistant both succumb to the match-making efforts of their nearest and dearest and enter into a fine romance with all of the ups and downs that this entails. This is a powerful story that pulls no punches. It pulsates with all of the tenderness, excitement, hope, joy and pain that are associated with love.
Pitardi and Clark are enthralling as they convey the force of this Simon script through these very recognisable characters.
Aldo Longobardi and Lana Adamuszek provide excellent moments as George's brother Leo and Jennie's friend Faye. Their timing is excellent and they pitch their humour in a way that adds rather than detracts from the central force of this play. Nevertheless they also have their own story as these four characters search for love, happiness and true connection.
Reviewed by David Smith November 2011 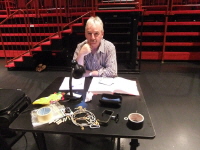 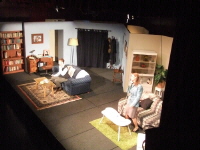